Sorghum is technically a grass (but for culinary purposes is classified as a grain) that is native to Africa, and was introduced to to the U.S. in the 1800s. It’s always been an important food crop around the world, but in the U.S., it’s been used primarily as animal feed. The exception to this is in the U.S. South, where sorghum molasses is a traditional sweetener, used much in the same way as honey or maple syrup. However, with the rising interest in gluten-free and ancient grains, sorghum is becoming more and more popular as human food in the U.S.

Sorghum is quite dense, has a chewy texture, and a nutty flavor, and can be combined with just about any ingredients. I decided to make a pilaf-style dish with vegetables and red sorghum, which has a lovely reddish blush on it. Give it a try.

Heat oil in a wide skillet. Add onion and ½ teaspoon salt and saute until translucent. Add garlic and carrots and cook until softened. 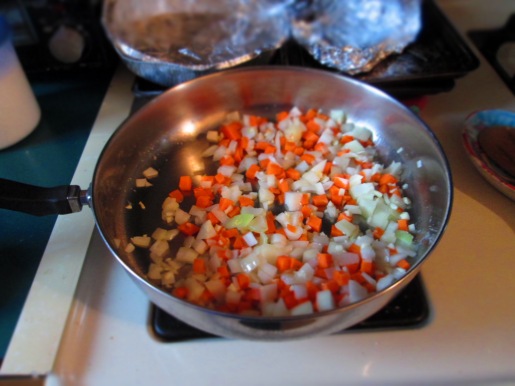 Add sorghum and stir. If pan is dry, add a little more oil (grains should be coated). Cook until sorghum starts to brown.

Add wine and stir; continue cooking until evaporated. (It’s safer to pour out the wine into a measuring cup first, rather than pour directly from the bottle.)

Add broth and bring to a boil; lower heat, cover, and let simmer until sorghum is cooked, about 30 minutes.

Add green beans, peas, remaining salt, and pepper and cook another 5 minutes. Stir in parsley. Check for seasoning and adjust as needed.

*If green beans are raw, put in with broth. 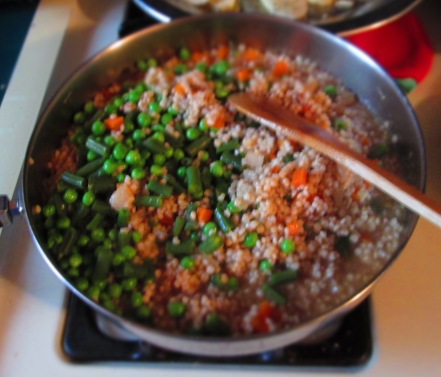 Serve hot or warm. Keep leftovers in refrigerator up to 5 days. 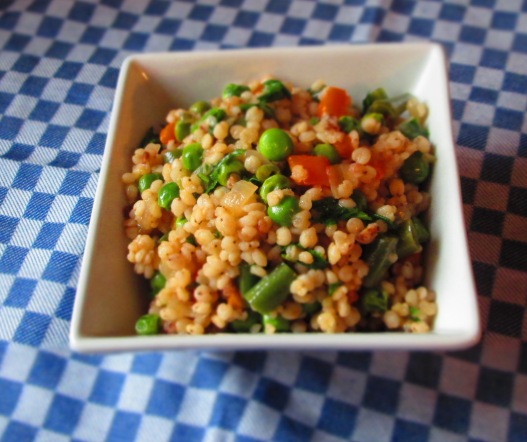 Have to slim down for a family wedding? You get a whole big plate of yum! (She said in a sarcastic tone.)
Join 1,104 other subscribers

Have to slim down for a family wedding? You get a whole big plate of yum! (She said in a sarcastic tone.)